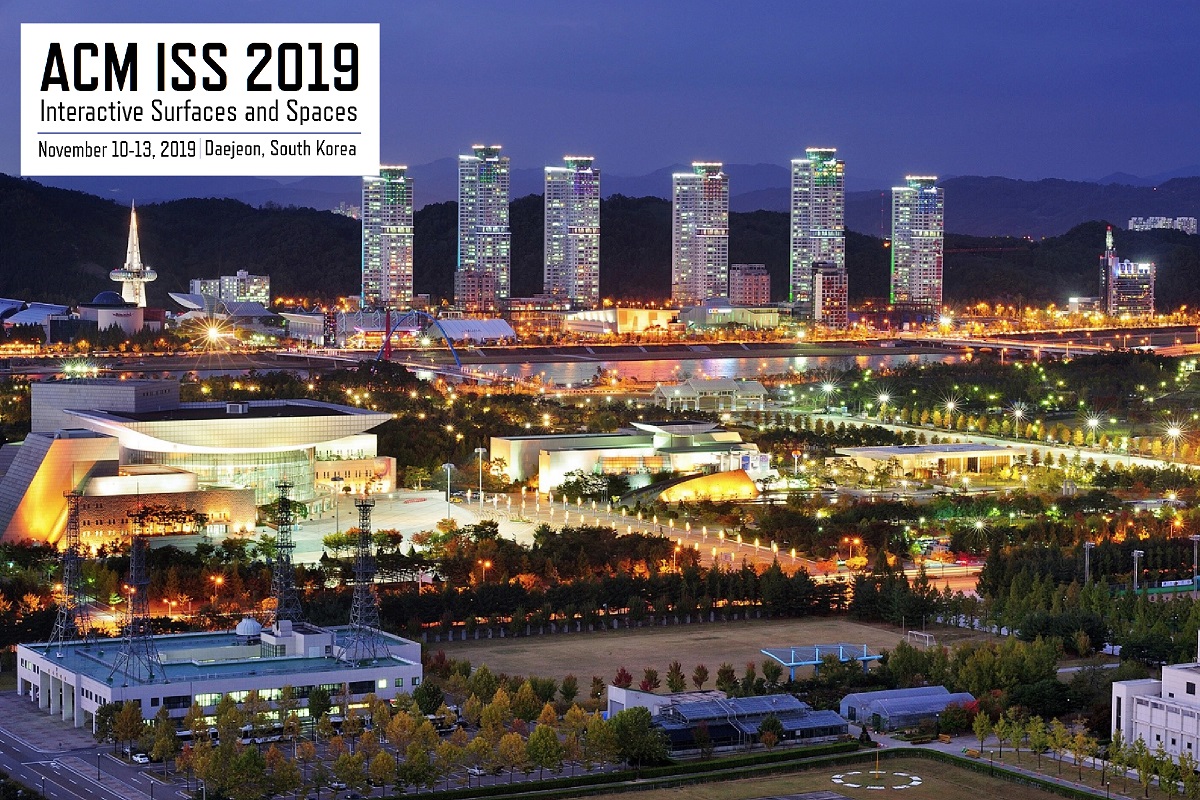 We welcome you to the 2019 ACM International Conference on Interactive Surfaces and Spaces, taking place from November 10 to 13 in Daejeon, South Korea. As part of ISS, Doctoral Symposium and Tutorial sessions will be held on November 10, with the Symposium starting from November 11.

Interactive surfaces and spaces have become increasingly prevalent, appearing in various sizes, shapes, and application contexts, which enables and requires novel forms of interaction going beyond the traditional WIMP paradigm. ACM ISS is the premier venue for sharing research on topics such as large-scale interactive displays, touch/gesture/whole-body and multimodal interaction, tabletop computing, 3D and spatial user interfaces, media facades, interactive architecture, interactive 3D spaces (mixed reality and augmented reality), and many others that lie within the overarching theme of interactive surfaces and spaces.

We are looking forward to seeing you at ISS ’19 in Daejeon!

You can see the Proceedings of the 2019 ACM International Conference on Interactive Surfaces and Spaces at Open TOC.